What is the sky worth?

This sounds like a philosophical question, but it might become a more concrete one. A report released last week by the National Research Council called for research into reversing climate changethrough a process called albedo modification: reflecting sunlight away from earth by, for instance, spraying aerosols into the atmosphere. Such a process could, some say, change the appearance of the sky — and that in turn could affect everything from our physical health to the way we see ourselves.

If albedo modification were actually implemented, Alan Robock, a professor of environmental sciences at Rutgers, told Joel Achenbach at The Washington Post: “You’d get whiter skies. People wouldn’t have blue skies anymore.” And, he added, “astronomers wouldn’t be happy, because you’d have a cloud up there permanently. It’d be hard to see the Milky Way anymore.”

Losing the night sky would have big consequences, said Dacher Keltner, a psychology professor at the University of California, Berkeley. His recent work looks at the health effects of the emotion of awe. In a study published in January in the journal Emotion, he and his team found that people who experienced a great deal of awe had lower levels of a marker of inflammation that has been linked to physical and mental ailments. One major source of awe is the natural world. “When you go outside, and you walk in a beautiful setting, and you just feel not only uplifted but you just feel stronger,” said Dr. Keltner, “there’s clearly a neurophysiological basis for that.”

And, he added, looking up at a starry sky provides “almost a prototypical awe experience,” an opportunity to feel “that you are small and modest and part of something vast.”

If we lose the night sky, he said, “we lose something precious and sacred.”

He believes whitening the daytime sky might result in “that same loss of the sense of what’s vast,” a sense his team’s research suggests is “one of the most important things that people build into their lives.”

Paul K. Piff, a professor of psychology and social behavior at the University of California, Irvine, says that when he studied awe among the Himba in Namibia, “the night sky was one of the very clear elicitors” of the emotion. The sky “has this really important role, obviously, in all sorts of different historical ways for the development of humankind and human consciousness, but it also has this shared feature of, no matter where you are and where you come from, it seems to brings about this really, really amazing and transformative experience.”

“We’re finding in our lab that the experience of awe gets you to feel connected to something larger than yourself, see the humanity in other people,” he explained. “In many ways it’s kind of an antidote to narcissism.” And the sky is one of the few sources of that experience that’s available to almost everybody: “Not everyone has access to the ocean or giant trees, or the Grand Canyon, but we certainly all live beneath the night sky.”

“Everyone’s looked up at the sky and wondered what our place is relative to the universe,” he said, “and so blotting out the stars would deprive people of this extremely compelling, awe-inspiring, transformative and cherished experience that we all share.”

“We used to be a lot more connected to the sky,” said the artist Ken Murphy. “It used to be either you’d look at the campfire, look at the sky, or go to bed, and now our lives have radically changed, and I think there’s definitely a loss in that.”

For his project “A History of the Sky,” he set up a camera to take a photograph of the San Francisco sky every 10 seconds for a year. He then made a time-lapse movie of each day and arranged them into a grid, creating a sort of video diary of the view above the city: 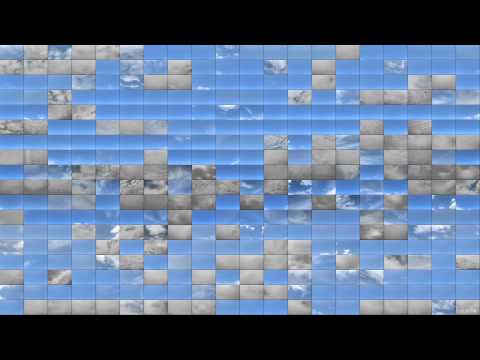 “While I was shooting, I was very tuned into what was going on with the sky,” he said. “It’s very compelling to witness what’s going on over our heads.”

On long backpacking trips, his focus often turns to the sky: “It becomes this unfolding drama every night, and you really can see how in history we’ve spun these elaborate myths around things going on in the sky. It must have been such a huge part of people’s consciousness before we had all these other distractions.”

“It’s a horribly disturbing thought to me that that would be permanently obscured in some way,” he said.

For Jennifer Wu, a photographer and a co-author of the book “Photography: Night Sky,” the starry sky is “one of those things that I hope that people will always enjoy.”

“When we go out and we see the stars there’s that connection,” she said. “We have creativity, we get renewed. There’s kind of a refreshing feeling about going out and being outdoors at night and seeing the stars.”

If something came between us and the stars, she said, “we won’t be able to photograph them as much.” This is already a problem for city-dwellers, she noted — because of light pollution, many in dense areas can’t see or photograph the stars.

“I love seeing the Milky Way,” she added. “Going out and seeing this incredible, beautiful band of light overhead, it’s just magnificent, and it would be disappointing to not see it anymore,” to lose the feeling that “we’re just one of these little dots among these many.”

Dimming the appearance of the stars would also make it harder for astronomers to study them. Telescope technology has just reached a point, said Steven Flanders, the public affairs coordinator for Caltech’s Palomar Observatory, “where the corrective systems on these telescopes are able now increasingly to compensate for the blurring of the earth’s atmosphere. At least at visual wavelengths, we don’t need to go out into space as we did with the Hubble Space Telescope, because we can do as well or better with corrective technology.” And, he said, “that whole process is for naught if we lose access to the night sky.”

One area that might suffer, he said, is the effort to identify planets in other solar systems. And that effort plays a big role in keeping the public interested in astronomy: When “we talk about planets,” he explained, “we talk about the search for life.”

As for how the loss of a swath of astronomical research would affect humanity, he said, “at a practical level, I don’t think we would lose anything.” But “at another level,” he said, “we would lose some of the curiosity that in some manner helps keep this society vibrant and moving.”

“The search for life is terribly exciting,” he added, “and you can argue that a society, any society, needs that kind of stimulus in various forms.”

It’s not completely clear, some researchers say, just how much aerosols would change the look of the sky. “You are essentially putting stuff between you and the light,” said Waleed Abdalati, a professor of geography at the University of Colorado, Boulder, and one of the authors of the report. “So when you’re talking about dim light like stars,” he explained, “it’s certainly conceivable and even likely that they would appear dimmer.” Aerosols might whiten the sky during the day as well. How visible these effects are, he said, would depend on how much material was injected into the atmosphere — and we don’t yet know how much we’d want to inject, because we don’t yet know what the other side effects of such injection might be.

Ben Kravitz, a postdoctoral researcher at Pacific Northwest National Laboratory who has studied the possibility of albedo modification through aerosols, said in an email that according to current models, the whitening effect of aerosol injection “would be similar to the whiter sky that is often seen in large cities or areas with industrial pollution.” As for starlight, he said, “I don’t know of any study showing that the aerosols would obscure the stars; that sounds like an interesting research problem.”

Alan Robock, the environmental sciences professor, mentioned one possible upside in an interview: “You’d get these beautiful red and yellow sunsets,” as “the yellow and red colors reflect off the bottom of this cloud.”

He recommends more research into albedo modification: “If people ever are tempted to do this, I want them to have a lot of information about what the potential benefits and risks would be so they can make an informed decision.”

Part of understanding those risks and benefits may be evaluating the emotional impacts of making big changes to the way the sky looks. Of these impacts, Dr. Abdalati said, “my own view is they’re huge.”

Still, he believes “it’s incumbent upon us to understand the options before us, even if they’re options that may never be deployed.” That means making an effort to keep climate change from worsening in the first place, exploring ways to remove carbon dioxide from the atmosphere once its there — and understanding the implications of putting aerosols in the atmosphere, even if we never do it. “Deploying something like albedo modification is a last-ditch effort,” he explained. “I think it’s one that should be avoided at all costs, but should be understood.”

And, he said, “we’ve gotten ourselves into a climate mess. The fact that we’re even talking about these kinds of things is indicative of that.”

For Dr. Keltner, the sky is a source of awe. For Ms. Wu, it’s a fount of creativity. And if it one day turns white, it may become something else: a reminder that humanity ran out of options.