IPCC, geoengineering and pathways out of climate chaos 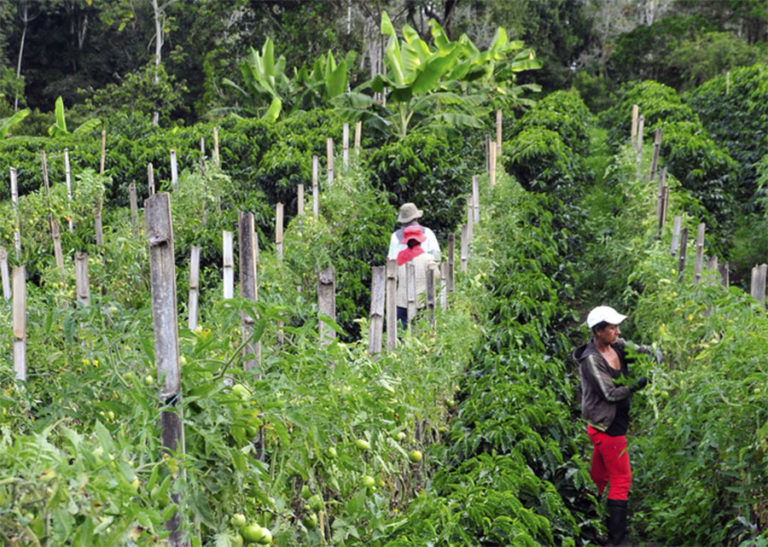 “Limiting global warming to 1.5°C above pre-industrial is feasible. And it is our best hope of achieving environmental and social justice, of containing the impacts of a global crisis that was born out of historical injustice and highly unequal responsibility.” –Dossier Radical Realism for Climate Justice, 2018

A recent special report by the UN’s Intergovernmental Panel on Climate Change (IPCC) highlights the urgent need for drastic reductions in greenhouse gas emissions to prevent global warming of more than 1.5ºC above pre-industrial levels, a threshold it considers essential to avoid larger catastrophic impacts. The report is an important and alarming warning of the gravity of climate change and the emission reductions that are necessary. With a rise of 1ºC we are already experiencing devastating climate extremes in many regions of the world. Every 0.1ºC brings new risks, threatening the extinction of whole ecosystems, such as coral reefs, which are not only beautiful landscapes, but also a crucial element of the marine food chain.

The IPCC clearly indicates the causes of global climate change: greenhouse gas emissions, due mainly to the fact that energy generation, industrial agriculture and other industrial activities rely on fossil fuels: oil, gas and coal.

Among the key messages of the IPCC Special Report, it is noteworthy that they state that with radical emissions cuts, transformative pathways and protecting and restoring ecosystems, it’s still possible to keep global warming below 1.5º C (or very close to that) without using geoengineering techniques.

However, the report fails in other proposed scenarios to confront climate change, mainly because it does not want to openly question the economic status quo or challenge the global inequality related to who has caused the climate crisis and who must now dramatically reduce emissions. In order to avoid these fundamental questions, it considers pathways that use high-risk technologies such as geoengineering, which are not solutions and may even exacerbate climate imbalances. Nevertheless, the IPCC only considers the use of some carbon dioxide removal technologies and clearly distances itself from the use of solar radiation management techniques. The report states that the efficacy of these techniques is just theoretical, and that “they face large uncertainties and knowledge gaps, as well as substantial risks, institutional and social constraints to deployment, related to governance, ethics and impacts on sustainable development” (IPCC SR15, Box 4.3.8).

The relationship between geoengineering and the preservation of capitalism is thus evident: in order to continue with the model of development and industrial production that has caused the climate disaster, high-risk technofixes are proposed so that some can survive while preserving their privileges, even if it implies a whole series of new environmental and social threats for millions of other people.

Coinciding with the IPCC report, 110 international and national organisations and six “alternative Nobel” prize winners published a Manifesto against Geoengineering. In this Manifesto, large networks such as Friends of the Earth International, La Via Campesina, the Indigenous Environmental Network, the Climate Justice Alliance, the World March of Women, Oil Change International, the feminist network DAWN and others, demand a halt to geoengineering experiments, several of which are on Indigenous land, because of the impact geoengineering will have on biodiversity, communities and peoples, and because geoengineering will divert attention away from real solutions.

Geoengineering technologies (specifically carbon dioxide removal proposals) underpin three of the four model pathways put forward by the IPCC, but as mentioned above, the IPCC also recognises in the first pathway that it is possible to limit temperature rises without using these technologies. In one scenario, it acknowledges that other ways do exist, including protecting and restoring natural ecosystems and making changes within the agricultural and other industrial sectors to avoid emissions and absorb and retain greenhouse gases. However, in this scenario the IPCC suggests using afforestation. Afforestation is equivalent to large monoculture tree plantations, and is certainly not a way to “restore ecosystems,” but implies the very opposite. The IPCC also points out the need to reduce CO2 emissions by 45% by 2030 and achieve “net zero” emissions by 2050.

This is a clear image of global climate injustice, but to have more complete picture, we need to also add the inequality within countries. According to Kevin Anderson, an expert on climate change from the University of Manchester, 50% of carbon emissions come from the activities of the richest 10% of the world’s population, and 70% of emissions are caused by only 20% of the global population. Anderson explains that if the richest 10% were to reduce their carbon footprint to that of an average European citizen (which is already considerably higher than that of most of the world’s population), global carbon emissions would be cut by a third in one or two years.

Instead of taking into account and analyzing this type of proposal, the IPCC chose to use the deeply illogical concept of “negative emissions.” The concept allows polluters to justify continuing high emissions if they are compensated by geoengineering technologies such as bioenergy with carbon capture and storage (BECCS), direct air capture and enhanced weathering. The IPCC Special Report considers these technologies in some of the proposed pathways despite also acknowledging that they imply “multiple feasibility and sustainability constraints,” that “most of current and potential CDR measures could have significant impacts on land, energy, water and nutrients if deployed at large scale,” and that “afforestation and BECCS would compete on land uses and have significant impacts on agricultural and food systems, biodiversity and other ecosystem functions and services (IPCC SR15, SPM: C.3).

Several factors, such as the fact that the IPCC has representatives from oil companies among the authors of the report, explain this enormous contradiction between sharply warning about the reality of climate change and including proposals that would exacerbate it, despite the IPCC’s recognition that it could be possible to get out of climate chaos without those technofixes.

In this context, the role of grassroots and popular movements, along with the over 110 international and national civil society organizations that signed the Manifesto against Geoengineering and re-launched the Hands Off Mother Earth (HOME) Campaign, is essential, not only to denounce of false solutions such as geoengineering, but also because these movements together have the knowledge and the experience of real and just alternatives to climate chaos, something that the HOME Campaign will highlight along the resistance to geoengineering.

A good contribution to advance the discussion of these alternatives is the dossier Radical Realism for Climate Justice, a compilation published by the Heinrich Boell Foundation. The dossier is “a civil society response to the challenge of limiting global warming to 1.5°C while also paving the way for climate justice. Because it’s is neither ‘naïve’ nor ‘politically unfeasible,’ it is radically realistic.” It includes realistic perspectives and experiences on how to get out of fossil fuels extraction and dependency, pathways to degrowth and circular economy, and the role of peasant and agroecological food systems. It also includes a detailed article on “Modelling 1.5°C-Compliant Mitigation Scenarios Without Carbon Dioxide Removal” by Christian Holz, which is a response to the IPCC’s inclusion of geoengineering in its scenarios.

Another report that debates the IPCC Special Report and underpins the positions of the HOME Manifesto (although it doesn’t specifically aim to) is the report “Missing Pathways to 1.5” published by CLARA (Climate, Land, Ambition and Rights Alliance), endorsed by 38 international organizations. This report, whose main authors are Kate Dooley and Doreen Stabinsky, reviews a series of scientific articles and analyzes the ecosystem-based solutions in the land sector that can lead to not surpassing 1.5ºC of global warming.

The main conclusion of the report is that it is very possible to reduce, avoid and reabsorb half of GHG emissions by 2050 with ecosystem-based solutions and respect for human rights. Instead of focusing on the dangerous concept of negative emissions, which leaves the burden of change to future generations that would be even more affected by climate chaos, we must focus on how to avoid GHG emissions immediately and permanently. The CLARA 1.5 report emphasizes the need to respect and enforce the rights of Indigenous Peoples and local communities, including peasants, as a basic pillar for forest and ecosystem protection and sustainable use; to protect, restore and allow critical ecosystems to regenerate, such as forests and peatlands; and to transform the industrial food system towards agroecological and more local production and consumption, with less meat consumption and much better livestock production.

The CLARA report makes a clear distinction between, on the one hand, reforestation and restoration with communities and in harmony with nature, and on the other, the notion of “afforestation,” which is a euphemism for large-scale monoculture plantations that have devastating impacts on communities and ecosystems.

The “Missing Pathways” report estimates that with all the proposed measures, there is a potential reduction of about 23 gigatonnes per year of carbon dioxide emissions (or CO2 equivalent GHG), about half of the total CO2 annual emissions. This eliminates the supposed need for carbon removals with geoengineering techniques or any other techno-fix. Furthermore, as they are not provisional measures, the restored ecosystems and other proposals, such as agroforestry, could also gradually sequester the residual CO2 that would remain in the atmosphere.

More studies and compilation of experiences from grassroots, Indigenous Peoples and local communities must be done. But these pathways represent not only answers to climate change, but also positive changes for biodiversity, indigenous and peasant communities, and for the health of all.

Silvia Ribeiro is the Latin America Director for ETC Group.