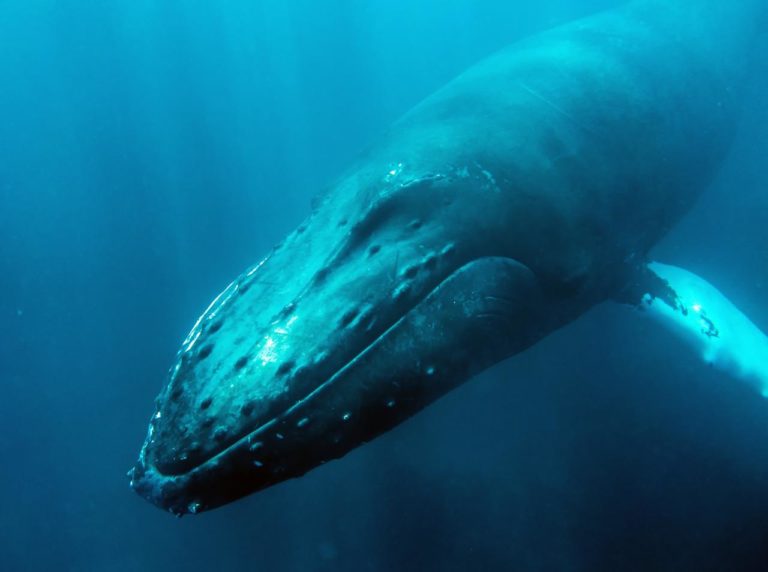 Description and purpose of the technology

Artificial upwelling is a theoretical greenhouse gas removal (GGR) technology that aims to artificially transport nutrient-rich deep ocean water (DOW) to the surface to stimulate the growth of phytoplankton. Some researchers hypothesize that new phytoplankton will absorb atmospheric CO2 and store carbon as soon as dead phytoplankton biomass sinks to the ocean floor. Artificial upwelling is at best unproven and evidence suggests it could pose threats to fisheries, artisanal fishers, ecological cycles, and the
climate.

The process of transporting DOW to the surface is called upwelling.
Natural upwelling is caused by winds and the rotation of the earth, which intermingles the generally colder, deep water with water in upper ocean layers. DOW is often rich in nutrients and can therefore increase primary production in the upper sunlit ocean layers. That’s why proponents of artificial upwelling claim that the technology could potentially alleviate pressure on fish stocks and that upwelled cold DOW may cool the overlying air and/or coral reefs.1

During the past fifty years, various upwelling technologies have been tested in indoor and outdoor trials: Electrical pumps have turned out to be too expensive, upwelling based on temperature or salinity gradients too inefficient.

“Modelling studies also predicted that upwelling of colder DOW increases the absorption of heat in the subsurface ocean waters. Whenever the upwelling stops, the absorbed heat would be rereleased into the ambient air, resulting in additional warming of the earth’s atmosphere.13
In practice, this termination effect means that once the upwelling devices were switched on, they could never be turned off.”

Recent approaches involve air-lift pumps, operating with solar energy and compressed air as well as wind- or wave-powered systems. Irrespective of the method used, artificial upwelling requires adding plastic pipes that reach hundreds of meters deep, often in combination with swimming or diving platforms.2 If installed on larger scale, such structures could cause serious issues for marine life, shipping and fisheries.

At least 20 outdoor trials have been conducted during the past decades, but the stated expectations have not been met: there is little evidence to suggest that carbon is actually stored.

Artificial upwelling is based on a false equivalence between the complexities of natural upwelling events and artificial ones, and ironically, this method may also “upwell” already-stored carbon by bringing DOW rich in dissolved inorganic carbon to the surface.3

Most previous and current research activities and open-ocean trials have been conducted and funded by universities and public research institutions in China, the European Union, Japan, Norway and the USA.5 China’s Zhejiang University has been studying the technical details of artificial upwelling for several decades, and has undertaken several outdoor trials to test and further develop upwelling technology, for example in Qiandao Lake and in coastal marine areas. Further trials have used an in-house water tank, and the University has conducted research and modelling studies, including one examining kelp farming combined with artificial upwelling.6
Scientists have conducted upwelling trials between 1989 and 2012 off the coast of Japan, funded by Japanese ministries or public agencies. Upwelling trials in four Norwegian fjords, funded by Norwegian research institutions and hydropower plants, have been carried out between 2002 and 2010.7

In 2020, GEOMAR also conducted trials in the Humboldt Current of the coast of Peru, as part of the CUSCO project, financed by the German Ministry of Education and Research.8 The US National Science Foundation funded three artificial upwelling studies in waters off of Hawaii between 1992 and 2008. Since 2019, the US Department of Energy supports the pilot-scale Blue Fields Demonstration project which aims to supply macroalgae with nutrients by upwelling DOW. The proposed upwelling devices will be installed 3km offshore of West Hawaii and include a 40m² swimming platform as well as wave-powered pumps with pipes extending to a depth of up to 300m.9

Two private companies involved in artificial upwelling activities have their roots in the USA: Ocean-Based Climate Solutions developed upwelling technology, tested it during several open-ocean trials, off Morro Bay, California, and aims to commercialize the technology.

The US-based The Climate Foundation (TCF), founded in 2007 and directed by Brian von Herzen, tested wave-powered upwelling technology 100 km north of Hawaii in 2008. TCF announced plans for upwelling projects in a Philippine coastal reef area and in Storm Bay, Tasmania among others, aiming to restore seaweed production.10

An international team of scientists in Kiel, Germany, modelled the effects of artificial upwelling on a global scale, and determined that the method wasn’t feasible: “this method has […] a very limited sequestration potential and a risk of substantial side effects”.11 GESAMP, the “joint Group of Experts on the Scientific Aspects of Marine environmental Protection”, a body advising the United Nations on scientific aspects of marine environmental protection, confirmed that the benefits of artificial upwelling would be limited and that the field studies carried out to date did not submit evidence that carbon would be sequestered on larger scale. Besides, both studies named severe environmental and socio-political risks, such as ocean deoxygenation, increased release of methane, substantial changes in species composition as well as potential transboundary effects on artisanal fishers, coastal communities, fisheries and weather patterns.12

Artificial upwelling can result in an unfavourable composition of dissolved gases: additional carbon uptake may pile on ocean acidification. Upwelling of nutrient-rich DOW, which is often also rich in dissolved carbon, may release additional CO2 to the atmosphere. Enhanced biological productivity can deplete oxygen levels in the upper ocean and cause impairments to marine life.

Modelling studies also predicted that upwelling of colder DOW increases the absorption of heat in the subsurface ocean waters. Whenever the upwelling stops, the absorbed heat would be rereleased into the ambient air, resulting in additional warming of the earth’s atmosphere.13
In practice, this termination effect means that once the upwelling devices were switched on, they could never be turned off.

Artificial upwelling of colder DOW may also influence ocean circulation and affect agricultural production and farmers livelihoods as a result of changes in weather patterns.14

If installed on larger scale, artificial upwelling requires adding large structures to the ocean such as plastic pipes, several hundred meters long, and swimming platforms with installations to ensure the necessary energy supply. 15

Data on the environmental impacts of such structures on marine life or details regarding their maintenance requirements are not available. The compatibility of large-scale artificial upwelling structures with shipping and fisheries is highly doubtful.

Numerous small outdoor experiments in the deep ocean, lakes and fjords have taken place, on varying scales, and just as often linked to increasing the productivity of fish and sea food farming as to CO2 sequestration. There are further projects in the pipeline, but due to costs, and for implementation reasons, the research focus is shifting to coastal areas and to a combination of artificial upwelling with mariculture activities.

Video about the importance of whales for the natural upwelling and nutrient supply in the upper ocean layers:How Whales Change Climate – YouTube