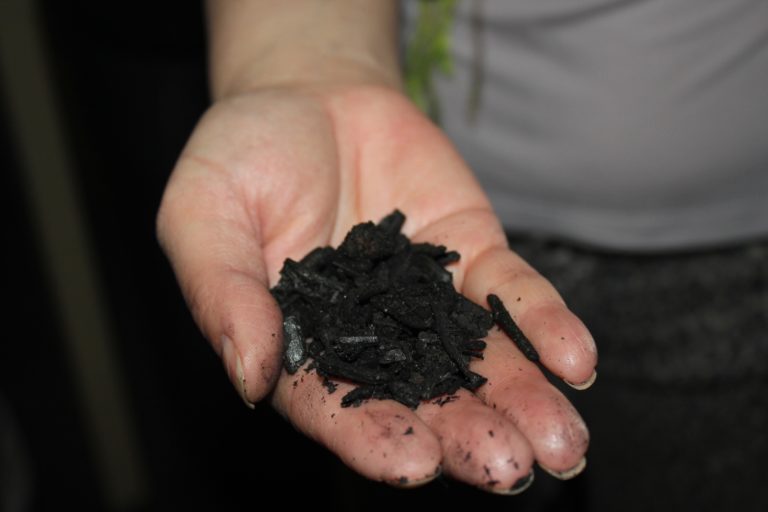 Overview
Biochar is produced from biomass through heating in the absence of oxygen or under low oxygen levels. This transformation process is known as pyrolysis and the resulting “biochar” is a solid and charcoal-like substance. This proposed carbon dioxide removal (CDR) approach uses very large quantities of biomass, such as forestry or agricultural products and wastes, and high pyrolysis temperatures, e.g. up to 900°C, to produce a carbon-rich residue which can be mixed into soil, where carbon is – theoretically – stored and absorbed into plants. Biochar is also promoted as a solution to soil degradation and low crop yields. The substance’s interactions with varying soils conditions and environments are, however, far from being fully understood. The chemical composition, properties and durability of biochar are not consistent, because they depend on a large number of variables such as biomass feedstock, pyrolysis temperature and time as well as soil properties, climate conditions and application rates.

That is why the effects of biochar on soil carbon and soil fertility in field trials are contradictory – with outcomes that are positive, negative or neutral.

A widely promoted idea suggests that biochar should be produced in pyrolysis plants which recover energy in the form of gas or oil along with the biochar. However, such systems are not technically proven at a commercial scale.

Long-term effects of biochar in soils have not been researched, but promoters of biochar point to Amazonian black soils known as terra preta, where Indigenous groups buried large amounts of organic matter to enhance soil fertility. Radiocarbon dating suggests that the organic remnants date back thousands of years, but such tests do not clarify the initial quantity of organic matter applied to the soils.

Studies assume that only a small share – about one fifth of the carbon absorbed by plants through photosynthesis – can be stored by transforming biomass into biochar, because a proportion of the biomass breaks down into gaseous and liquid components. It is also important to bear in mind that the production process is energy-intensive.