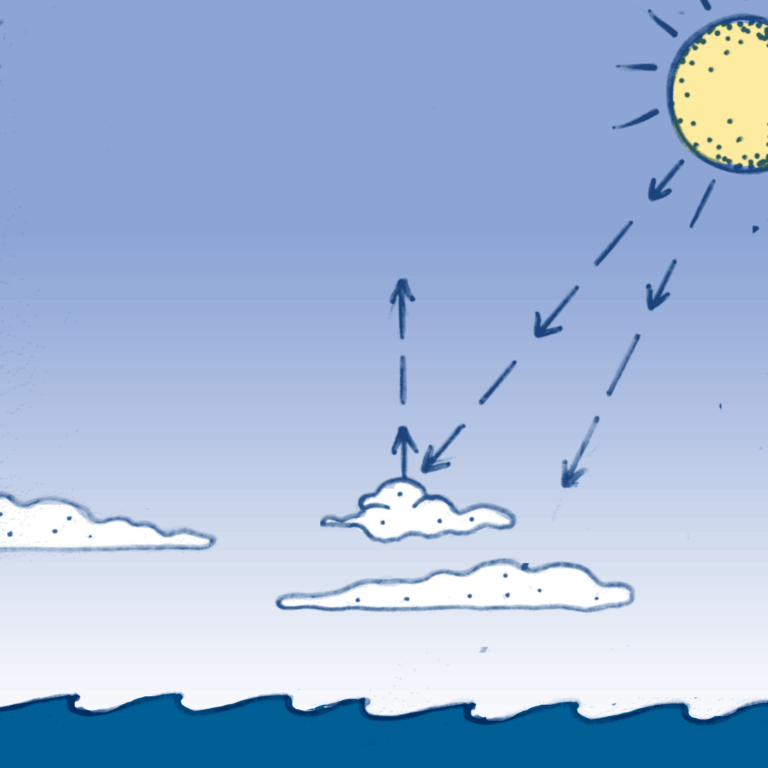 Marine Cloud Brightening (MCB) is a theoretical solar geoengineering technique that aims to create whiter clouds in order to reflect more sunlight back to space. The brightening of the clouds is to be attained by enhancing the concentration of smaller cloud droplets. To achieve this, MCB proponents suggest shooting large amounts of tiny particles, such as sea salt aerosols, into marine clouds. These particles would act as cloud condensation nuclei: molecules of water vapour would gather around these condensation nuclei to form tiny cloud droplets. And how should the particles reach the clouds? The proposals suggest injecting salty aerosols into marine cloud layers by sprayings seawater from vessels with nozzles able to turn saltwater into tiny particles.

Brighter clouds could theoretically diminish the solar radiation reaching the Earth’s surface and would therefore reduce the temperature of the atmosphere and oceans because they absorb less solar energy. However, MCB would not reduce the concentration of greenhouse gases in the atmosphere and, like all solar geoengineering techniques, could have impacts on weather patterns with potentially calamitous ecological impacts on entire regions. Who would decide where to inflict potential droughts or floods caused by large-scale cloud brightening?