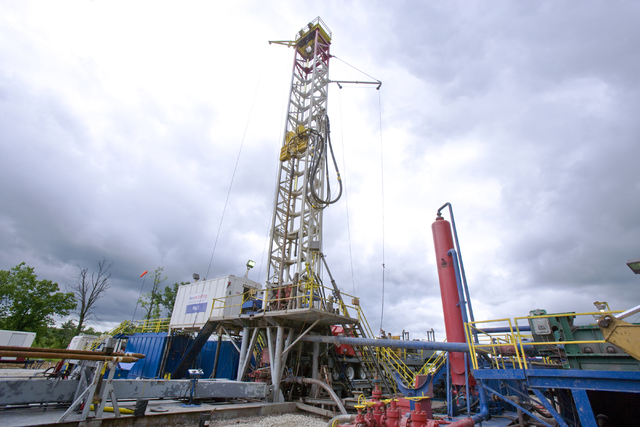 The Carbon XPRIZE has announced the winners of the competition. The prize money will be used to further develop CCUS in order to reduce the high costs and the huge energy demand. CCUS technology is also to be furthered within the framework of governmental federal programmes.

XPRIZE: Fossil fuel industry promotes innovations to use captured CO2 in consumer products – resulting in even greater volumes of fossil fuels being extracted and consumed

In April 2021, the winners of the global Carbon XPRIZE competition were announced. The XPRIZE foundation organizes competitions to promote technological development in various fields of industrial research since 1994. The Carbon XPRIZE was launched in 2015 and mainly sponsored by the Canadian Oil Sands Innovation Alliance, and the U.S. power company NRG. The competition offered US$ 20 million in prize funding to innovators who develop technologies to convert captured CO2 into marketable products. This proposed GGR approach is called Carbon Capture Use and Storage (CCUS) and based on very energy-intensive and costly CO2 removal technologies. Here is a brief presentation of the winners of the competition:

The competition’s sponsor, the Canadian Oil Sands Innovation Alliance, shared the following after the awards ceremony: “Canada’s oil sands industry has been proud to support this initiative which has proven that capturing CO2 emissions from natural gas and coal combustion and converting such into usable products can be a game-changer in broader emissions reduction efforts.” The Alliance conceals the fact that CO2 capture and the further processing of the captured CO2 consumes a great deal of energy. Equipping a power plant with CO2 capture technology increases its fossil fuel consumption by up to 30 %. Moreover, no manufactured CCUS product enables permanent CO2 storage, e.g., the plastic material developed by Newlight Technologies will be burned or decomposed after use – and the captured CO2 returns to the atmosphere. That’s why CCUS is likely to lead to more emissions rather than less and cannot be considered a tool for reducing the total CO2 in the atmosphere.[1]

In April 2021, the XPRIZE foundation launched a new global competition – the US$ 100 M XPRIZE for Carbon Removal, funded by Elon Musk and the Musk Foundation. The four-year competition invites individuals and teams to develop and demonstrate solutions for capturing CO2 from ambient air (DAC) or from the oceans (DOC), and to permanently store the captured CO2. No information is yet available on the applicants.

New CCUS projects aim to “store” CO2 in consumer goods. The problem: the projects consume enormous amounts of energy and CO2 returns to the atmosphere after the goods have been consumed

Blue Planet and Sulzer Chemtech announced joint plans for the construction of a CCUS pilot project in Pittsburg, California. The partners plan to capture CO2 from a natural gas-fired power plant and aim to optimize the Blue Planet CCUS technology. Blue Planet’s goal is to substitute mined natural limestone, the principal component of concrete, by carbonating rocks, using captured CO2 as raw material. The proposed CCUS process converts CO2 to carbonates and uses a carbonated solution to coat small pieces of rock with carbonate, which could then be used in concrete. The aggregate sizes produced range from sand to gravel. For the process to work, the capture solution must be exposed to alkaline rocks or industrial wastes containing ions such as calcium or magnesium to allow the formation of carbonate layers. There is no information yet on the amount of rock and/or waste needed to “store” one tonne of CO2. In any case, the mining of rocks and the transport of waste materials and/or rocks would generate large amounts of CO2.

In 2021, the U.S. Department of Energy provided US$ 5 million in funding to a CCUS project that aims to develop cost-effective CO2 capture and commercially viable CO2 utilization solutions for the cement industry. The project is led by the North Carolina Research Triangle Institute and conducted in cooperation with Oak Ridge National Laboratory, Carbon Clean Solutions USA Inc., and CEMEX Inc. The partners plan to establish a pilot plant for CO2 capture at CEMEX’ cement production facility in Victorville, California, and to evaluate the use of captured CO2 for concrete and further building products.

CEMEX, an international cement manufacturer, headquartered in Mexico, has been participating in various R&D activities to develop CCS and CCUS, among them pan-European research programmes and projects funded by the U.S. Department of Energy. Recently, Swiss company Synhelion and CEMEX signed a cooperation agreement and announced plans to install a pilot plant at an existing CEMEX cement plant in late 2022. The pilot test aims to capture CO2 at the CEMEX plant and convert it into liquid hydrocarbon fuels with Synhelion’s solar fuel technology and Fischer-Tropsch synthesis. Each of these production steps is very energy-intensive and as soon as the fuel is consumed, the “stored” CO2 is re-emitted into the atmosphere.

Synhelion is planning a similar project in collaboration with Wood, an international consulting and engineering company. In May 2021, Synhelion and Wood signed an agreement and intend to jointly design, built and install a synfuel production system, that is scheduled to go into operation later in 2021. The new plant, based at the German Aerospace Centre in Jülich, aims to demonstrate Synhelion’s technology for production of synthesis gas on an industrial scale. The resulting synthesis gas mixture can subsequently be processed into hydrocarbons, such as kerosene or methanol, using the energy-intensive Fischer-Tropsch synthesis. The project partners plan to have the production of the hydrocarbon fuels market-ready in 2023.

Gulf Cryo announced plans to install and operate a CO2 capture plant at its facility in Riyadh, Saudi Arabia, aiming to double the existing CO2 production capacity. Gulf Cryo is a producer of industrial gases, among them compressed CO2 in gaseous or liquid state and in varying concentrations and purity levels. The plant will capture more than 0.25 million tonnes of CO2 per year in order to produce high-purity, food-grade CO2. In 2013 and 2014, Gulf Cryo already commissioned CO2 capture plants at an Equate Petro Chemical Plant in Kuwait and at a Saudi Industrial Beverage Co. bottling plant in Al Zahra, Saudi Arabia. At these sites, the captured CO2 is filtered, purified, liquefied and used for commercial applications, primarily in the food and beverage industry.

The company Cambridge Carbon Capture Ltd. (CCC) developed a process to convert CO2 into calcium and magnesium carbonates for use as construction materials. Similar to the Blue Planet technology, which aims to use CO2 to replace limestone in concrete, the CCC process requires materials with calcium or magnesium ions. For this, CCC is aiming to use waste products such as ashes from incinerators, red mud from bauxite and slags from steel production. CCC is working closely with the universities of Cambridge and Nottingham and is now looking for industrial partners to demonstrate the developed technology. In May 2021, the British Greenhouse Gas Removal Programme granted support to enable CCC to deliver a demonstration plant capable of capturing CO2 from air and converting the captured CO2 into a mineral product. In addition, the project aims to develop a pilot design and a budget for building a pilot plant. CCC has not yet published details on the energy consumption of this proposed geoengineering approach.

The French energy company EDF and partners plan to build a new 3.2-gigawatt nuclear reactor at Sizewell, Leiston, UK, in conjunction with CCUS. The thermal energy of the nuclear power plant, up to 400 MW, is to be used to capture 1.5 million tonnes of CO2 from ambient air. The project partners plan to produce hydrocarbon fuels from the captured CO2. The amount of energy required for the CO2 capture process is immense and comparable to the net capacity of the Sizewell-A nuclear power plant. This does not yet include the amount of energy needed to further process the CO2 into a fuel. Despite this high energy expenditure: as soon as the fuel is consumed, the CO2 it contains is released and returns to the atmosphere. In May 2021, the UK Government’s Net Zero Innovation Portfolio allocated £ 0.25 million to the project.

The same public funding program also provided £ 0.24 million for the following project: The UK-based companies Mission Zero Technologies, Optimus and O.C.O Technology aim to capture CO2 from ambient air and convert it into consumer products such as building materials. The project partners plan to design a Direct Air Capture (DAC) pilot plant. Mission Zero Technologies is committed to reducing DAC costs and energy consumption by 75 %, while O.C.O. Technology will address the issue of using the captured CO2. O.C.O. Technology developed a process named Accelerated Carbonation Technology. This approach involves mixing waste materials ─ that naturally react with CO2 in the presence of water ─ with captured CO2 and water, and converting the captured CO2 into a carbonate mineral. The waste materials, such as slags, mineral by-products, fly ashes and boiler ashes, are delivered to one of the three British O.C.O production sites for carbonate mineral making. Afterwards, the carbonate mineral is blended with binders and fillers and pelletised. In this form it is sold to and used in the construction sector. Information on the DAC technology operated by O.C.O. Technology is only available for one location – the pilot plant in the Netherlands, adjacent to an AVR Energy from Waste plant in Duiven, uses DAC technology developed by the French company Air Liquide.

Despite missed carbon capture targets, there is more federal funding for CCS and CCUS in Australia

The Australian Federal Government’s budget for the fiscal year 2021-22, includes AU$ 263.7 million to support Carbon Capture and Storage (CCS) and Carbon Capture Use and Storage (CCUS) project development. In June 2021, the Australian government approved the first expenditures under this budget and plans to support the following six projects with a total of AU$ 50 million in public funding: