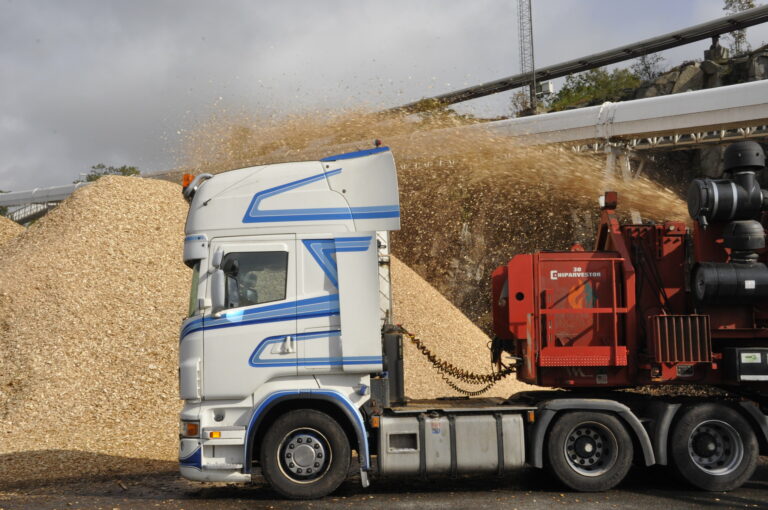 3,000 miles of CO2 pipelines to be built and other updates on capturing carbon using plant biomass

The second part of the report presents developments, projects and funding programmes aimed at capturing carbon using plant biomass. Among other things, two large-scale Bioenergy with Carbon Capture and Storage (BECCS) projects are to be built in the USA with a total of more than 3,000 miles of CO2 pipelines. These are encountering major public concerns. There are also several new algae projects aimed at capturing CO2 from ambient air, primarily to use it in the production of synthetic fuels.

In 2021, Navigator CO₂ Ventures, BlackRock Global Energy & Power Infrastructure Fund and Valero Energy Corporation announced the Heartland Greenway project. The project involves the construction of a 1,300 miles pipeline network to pump captured and liquefied CO2 from approximately 20 ethanol plants to central Illinois for underground injection. The project is to be conducted in Illinois, Iowa, Minnesota, Nebraska and South Dakota. Each of the participating ethanol plants will install a CO2 capture device, liquefy the captured CO2, and receive a pipeline connection leading to the main pipeline. The project also envisions partnerships with other CO2-producing industries, plans to capture about 15 million tonnes of CO2 annually and is scheduled to be operational in 2025. The captured and liquefied CO2 will be injected into the Mt. Simon sandstone formation in central Illinois. The expected cost of the BECCS project is estimated at US$ 2 billion.

Summit Carbon Solutions‘ BECCS plans were also announced in 2021. Summit Carbon Solutions was founded by Summit Agricultural Group and is based in Ames, Iowa. The proposed BECCS project is called the “Midwest Carbon Express” and involves the construction of a 2,000-mile pipeline network that will pump captured and liquefied CO2 from about 30 ethanol plants to North Dakota for underground injection. Each of the ethanol plants will install a CO2 capture device, liquefy the captured CO2 and receive a pipeline connection leading to the main pipeline. Summit Carbon Solutions will own the pipeline and capture equipment at all plants. In November 2021, Summit Carbon Solutions partnered with more than 30 ethanol plants in five states. The BECCS project aims to start construction in the second quarter of 2023 and plans to be operational in 2024. This BECCS project also envisages partnerships with other CO2-producing industries and aims to capture about 12 million tonnes of CO2 annually. The projected costs are US$ 4.5 billion. Exactly where the captured CO2 will be injected underground in North Dakota has not yet been disclosed, but there has been speculation that it will be in the salt caves near Bismarck, North Dakota. In addition to North Dakota, the planned 2,000-mile pipeline network will span the following states – Iowa, Nebraska, Minnesota, and South Dakota.

On its project website, Summit Carbon Solutions describes environmental and health benefits generated by the project in the FAQ section. The project does not mention any possible risks associated with the transport and storage of CO2. This description of the project is incomplete, because the transport and storage of CO2 is very much associated with risks. For this reason, initiatives are being formed to provide information on the “numerous safety hazard, environmental, and land use issues”. For example, in Iowa the following concerns exist[1]:

There is also criticism of the participation processes, as Summit Carbon Solutions is obliged to hold information meetings in each affected region. Some of these took place during daytime hours, when it is difficult for working people to attend meetings, or during the main agricultural harvesting season.

Summit Carbon Solutions is trying to market its BECCS project positively, e.g., pointing to the 12 million tonnes of CO2 that will be captured and “stored”. But there are critical voices here too, as the processes of capturing, transporting and storing CO2, as well as building the infrastructure, cause CO2 emissions. There are also critical reports about health risks associated with the transport of CO2. Furthermore, long-term underground storage of captured CO2 cannot be guaranteed, e.g., due to faulty construction, earthquakes or other underground movements.

There are similar discussions and concerns over the Heartland Greenway Project.

A biomass project in the UK, the Drax power station, also has implications for North America. The power plant converted four of its six units from burning coal to burning wood pellets, with about 80 % of the wood pellets coming from the US and Canada.

To manufacture these pellets, Drax invested in new biomass pellet plants in North America in 2021, bringing the total number of Drax biomass pellet plants in North America to 17. In the same year, a strategic partnership was formed with Bechtel to explore options and locations for the construction of new BECCS plants worldwide, including North America and Western Europe. For biomass use, Drax has received large sums of direct and indirect government subsidies for years, e.g., more than £1,000 in 2020.

This year, the European Academies Science Advisory Council commented on the use of woody biomass for energy production as follows: “Such technology is not effective in mitigating climate change and may even increase the risk of dangerous climate change“. Current publications underline this opinion:

Algae-based geoengineering projects aim to cultivate (micro-)algae to consume and “capture” CO2. The harvested algae are then used as a feedstock for the production of products such as biofuels. The problem with this geoengineering approach is that the CO2 temporarily captured by the algae is released back into the atmosphere as soon as the biofuel is consumed. Therefore, this approach cannot store CO2 permanently. Furthermore, the cultivation of the algae and the subsequent processing of the biomass produced consumes energy and can generate additional CO2.

The US-DOE has been funding algae-based CO2 capture projects since 2020. In August 2021, the Department allocated new funding to study the combination of algae and CO2 captured directly from the air under its ‘Algae Productivity Exceeding Expectations‘ (APEX) program. APEX aims to increase the productivity of algae per cultivation area, as a feedstock for the production of biofuels, chemicals, food, and feed. Here is a selection of the algae projects funded by the US-DOE:

In November 2021, ExxonMobil and Viridos (formerly Synthetic Genomics Inc.) also announced plans to combine DAC with microalgae production. The two companies have been jointly working on the research and development of algae-based biofuels since 2009. For this purpose, thousands of different algae strains were collected and those with high lipid content and high growth rate were identified. In a next step, Viridos modified the selected algae strains, using gene-editing technologies such as CRISPR. ExxonMobil and Viridos announced their goal of producing 10,000 barrels of algae-based biofuel per day by 2025.

In October 2021, the French building materials manufacturer Vicat announced plans to use captured CO2 and waste heat to produce microalgae in a photobioreactor. The project will be conducted in collaboration with AlgoSource Technologies, TotalEnergie and the University of Nantes. A demonstration-scale project is being carried out at Vicat’s Montalieu-Vercieu cement plant, where microalgae are grown in a photobioreactor. The project is financially supported by the French Environment and Energy Management Agency. Once the algae is harvested and consumed, e.g., as a food supplement, the CO2 absorbed by the algae is released back into the atmosphere – in addition to the CO2 produced during the manufacturing process, resulting in a net increase in carbon emissions.

The joint venture CarbonWorks, based in France, was founded this year by the French companies Suez and Fermentalg and follows a similar approach. Suez operates an agricultural methanation plant at its Pot-Au-Pin Énergie site in Cestas, where the CO2 produced will be captured. A photobioreactor with a capacity of 10 m³ was installed on the roof of the plant, in which algae are to use the captured CO2. In the long term, CarbonWorks aims to grow microalgae on an industrial scale to produce algae-based active ingredients for agriculture, food and animal feed.

All algae projects have in common that they do not clarify how much energy is needed for CO2 capture and algae production. CO2 capture processes, e.g., DAC, are known for their high energy consumption. Microalgae production systems also require a lot of energy, e.g., because the water has to be kept constantly moving so that the algae do not sink and stick together. Moreover, algae not only need sun and CO2, but also many nutrients, the production of which is also often very energy-intensive, as is the case with the macronutrient nitrogen. This geoengineering approach also produces consumer goods that are consumed after a short time and thus release the “stored” CO2 back into the atmosphere. It is likely that the production process will even generate additional CO2, which means missing the goal of reducing CO2 emissions and actually increasing the total carbon released over the lifecycle of the goods.