If mankind is forced to take drastic action to stop global violence or warming, things are gonna get ugly 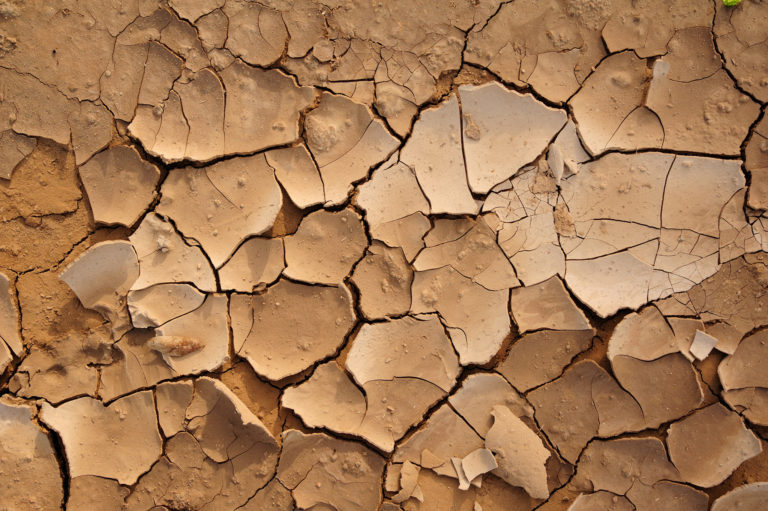 It seems like one of these things doesn’t belong. And while it’s true that the persistence of terrorist groups in the Middle East is a phenomenon separate from global warming, two new reports and basic logic argue that the U.S. Government needs to start looking at climate change as inextricably linked to U.S. and global security.

Taken together, the reports sound an alarm that is often ignored when politicians in the U.S. talk about their government’s environmental responsibilities. Republicans, for their part, dismiss human-made climate change while often trumpeting the importance of military preparedness. When Democrats talk about global warming, they prefer a narrative that couples economics with sea levels — a green economy will create jobs while slowing the rise of oceans. Both parties tend to ignore the ways in which climate change has led to conflict and the ways in which continued climate change will escalate existing conflicts. And few institutions — political, governmental, civilian, scientific, academic, etc. — have truly grappled with the potential ramifications of what could happen if mankind found itself forced to take drastic measures to stop global conflict and warming at one time.

Syria stands out as a modern example of how a complex matrix of factors, including a historic drought, can create political instability. Does President Bashar al-Assad have impressive popularity ratings in a world without global warming? Probably not, but the civil war in Syria is at least partially about basic resources and the lack thereof has compounded the refugee crisis.

Experts both inside and outside government are arguing that conflicts like the one in Syria, where a corrupt government is strained by extreme weather and volatile food and energy markets — could become more common. And we know conflicts rarely stop at borders or even the water’s edge. Will the coming decade see a vicious cycle emerge as humanitarian disasters become hot conflicts leading to further displacement? The smart money and the cynical money are in the same place.

The first report is from the liberal think tank the Center for American Progress, and looks specifically at resource scarcity. The authors of Food Security and Climate Change: New Frontiers in International Security conclude that the international community must significantly change the way it responds to food shortages and climate-driven migration. Failure to adapt to the emerging crises could worsen suffering in already hard-hit areas – sub-Saharan Africa and the Middle East, among other places – and outpace “the capacity of developed countries and international aid organizations to respond.”

The CAP report details a hypothetical food shortage scenario that the authors and leading policymakers and experts from around the world gamed out last fall. Set in the decade from 2020-2030, participants were tasked with handling a model in which “pressure on the global food system was mounting.”

“The food crisis scenario felt all too realistic,” the authors write. “It was similar to the challenges the world faced in the past decade, particularly in 2011: Staple prices dramatically increased after a series of weather events around the world reduced harvests in a number of key food-producing countries.” They go on to state that many of the participants were unversed in the constraints and requirements of their peers – farmers didn’t understand policymakers, who didn’t understand security experts. The result was an outcome where natural allies were working at cross purposes because of a lack of familiarity with one another’s jobs.

Crucially, this is a problem that goes both ways, sometimes in a feedback loop. “Food insecurity and violence can contribute to instability and violence, just as surely as instability and violence can lead to food insecurity.” As global temperatures continue to rise to levels that even shock climate scientists, institutions like the United Nations and the World Bank, the authors write, need to adapt to the new international crisis. For now, the UN and international law doesn’t recognize climate-related reasons for claiming refugee status.

The other report, Climate Change and US National Security, from The Atlantic Council, argues that U.S. government officials should adopt the phrase “climate security” to convey the overlapping nature of the threats. “Climate security has become a useful concept in a five-decades-old field tying environmental change to national and global security,” the authors write. “The question going forward is whether climate security will remain restricted to discussions within academia, civil society, and a few dedicated places within the U.S. government, or if it will acquire a more pivotal role in the formulation of U.S. national security strategy.”

The Atlantic Council report lays out the two approaches a country can take to combating climate change: mitigation and adaptation. Mitigation strategies attempt to lessen the problem, “basically, switching from a high-carbon to a low- carbon economy, and negotiating global agreements to accomplish the same.” Adaptation deals are made with responding to the consequences of a warmer planet, “to increase American society’s resilience in the face of that threat.

Unfortunately, the authors conclude, mitigation is largely relegated to only a few federal agencies with relatively little power, while the rest of the government focuses on adaptation – to the extent the U.S. focuses on climate change at all.

The Atlantic Council report concludes that unless the political context around mitigation changes — essentially Republicans have to begin to acknowledge the existence of human-made global warming — the U.S. government will at best be on a defensive footing, hoping that adaptation can hold off the most severe consequence of rising sea levels and increasing temperatures. If that happens and climate change becomes more and more catastrophic, they write, it’s possible “that some entity or individual — the U.S. government, another state, a billionaire, an entrepreneur — will attempt to geoengineer the planet long before the zero-carbon economy arrives.” They define “geoengineering” as “a scheme either to reduce the amount of sunlight (thus, heat) reaching the Earth’s surface, or to pull carbon dioxide from the atmosphere and sequester it in the Earth’s crust.”

The promise of geoengineering, as a cheap fix to an insurmountable problem, would become “irresistible, but the biggest risk is that the consequences could be both extreme and negative, leading the world down an unknown and dangerous path that might prove even worse than the effects of climate change itself.”

It’s hard to see how to feel good about a future in which we’re forced to fundamentally alter the planet to save it from burning and drowning – but warning about that nightmare scenario might be what it takes to kick the world’s leaders into high gear.