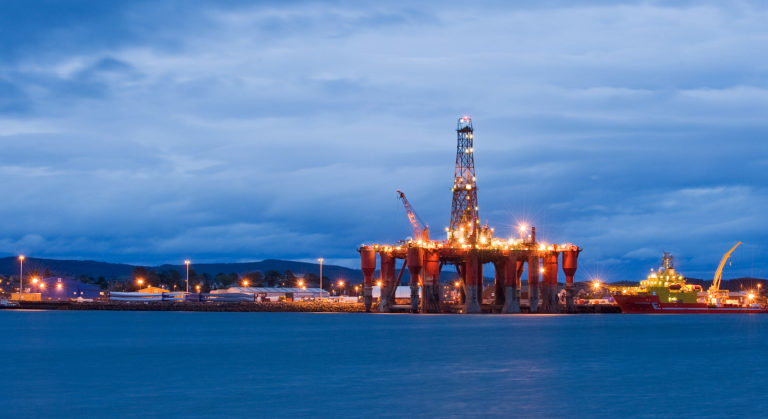 A great variety of climate geoengineering projects have been driven forward throughout the past months, while questions remain about their side effects and long-term impacts.

In what follows, we highlight some recent or ongoing climate geoengineering activities.

In
January 2019, the Norwegian authorities granted, for the first
time, a permit to exploit an area in the North Sea for
CO2 injections.
The permit was granted to the ‘Northern
Lights CCS Project’,
a full-scale pilot CCS, carried out by Equinor (former
Statoil), Shell and Total. The partners aim to capture CO2
at three plants in Southern Norway, liquefy it, and transport it over
700 km by ship to a hub near Kollsnes. From there, the CO2
will be sent offshore via a pipeline for injection into a depleted
well in the Johansen formation, about 30 km offshore
mainland Norway. The three plants selected for CO₂ capture
are Yara’s
Ammonia plant
in Porsgrunn, Norcem’s
Cement factory
in Brevik, and the Fortum
Recycling plant
in Oslo. After completing feasibility studies for CO₂ capture
in 2018, the plants are presently compiling FEED studies
for the final investment decision, to be taken by the Norwegian
Parliament in 2020/21. The Northern CCS Project is
supported by CLIMIT,
Norway’s national research programme for accelerating the
commercialisation of CCS. CLIMIT aims to reach an annual CO₂ capture
capacity of 1.3 million tonnes by 2022.

Another
first-time licence, allowing offshore exploration to select a site
for storing CO2
underground, has been granted by the UK Oil and Gas
Authority (OGA), in December 2018. The holder of the
licence is the Acorn CCS
project,
led by Pale Blue Dot Energy Ltd. and centred on the
St Fergus Gas Plant in northeast Scotland. The project aims to
capture 0.2 million tonnes of CO2
from flue gases annually, for storage in depleted gas fields, beneath
the North Sea. Instead of creating new infrastructure, existing
offshore gas pipelines shall be repurposed to transport CO2
in the opposite direction. In January 2019, the project
estimated the available offshore storage capacity at 650 million
tonnes of CO2
and suggested that the neighbouring port at Peterhead could be used
to import 16 million tonnes of CO2
for storage per year by ship, from the UK and Europe. Before starting
CO2 injections,
the Acorn project needs to apply for a storage permit from OGA,
as soon a storage site has been selected. In December 2018, the
British government announced financial support for the
project (£0.17 M).
Earlier British CCS projects did not obtain public funds, e.g.
the Scottish Peterhead Project after completion of the FEED studies.

At
the end of April 2019, a research vessel left the Scottish coast to
reach the Goldeneye Gas Platform, an abandoned offshore platform in
the North Sea, about 100 km northeast of Peterhead. A
central part of the STEMM-CCS (STrategies
for Environmental Monitoring of Marine Carbon Capture & Storage)
project
is a sub-seabed CO2 release
experiment. Three tonnes of CO2,
augmented with inert chemical tracers, will be injected below the
seafloor at the Goldeneye experimental site. The
experiment aims to test CO2 leak
detection and leak quantification with help of chemical sensors. The
project receives
funding from the European Union’s Horizon 2020 research
and innovation programme.

In February 2019, the Carbon Capture laboratory at Edinburgh University was enlarged and upgraded. The University is taking part in the Scottish Carbon Capture & Storage (SCCS), a CCS research and knowledge exchange partnership, consisting of academic, industrial and governmental partners. The SCCS participates in various research projects, e.g. the Scottish Acorn CCS Project.

At
the end of March 2019, the 240 km pipeline, an integral
part of the Canadian Alberta
Carbon Trunk Line Project (ACTL),
had been half completed. The ACTL project aims to transport
captured and liquefied CO2
through Alberta for enhanced oil recovery (EOR) and storage. The
project has been developed by the Alberta-based oil and gas company
‘Enhance Energy’, since 2009. In 2014, the project had
been put on hold, e.g. due to low oil prices. In 2018, ‘Wolf
Carbon Solutions’ joined the project: ‘Wolf’ will construct,
own and operate the CO2
capture and pipeline assets; ‘Enhance Energy’ will operate and
own the CO2 storage
and EOR operations. In 2019, the Federal Canadian
Government announced CAD$ 30 million of funding through the
Clean Energy Fund as well as CAD$ 33 million through the
ecoEnergy Technology Initiative. The Alberta Government supports
the project with CAD$ 495 million. Wolf’s investor, the
Canada Pension Plan Investment Board, announced CAD$ 305 million
of funding for the ACTL project. The start of operations was
announced for the fourth quarter of 2019.

While the ACTL-project gained public support, the extension of the Saskatchewan-based CCS project at SaskPower’s Boundary Dam Power Station was cancelled, inter alia, due to missing financial support from the public sector. Instead of being equipped with CO2-capture technology, the Boundary Dam Units 4 and 5 will be shut down. In 2014, with the help of a CAD$ 240 million grant from the Federal Government and other subsidies, Unit 3 was retrofitted with capture technology. Since its start-up, the project was often confronted with technical problems.

Another CCS site with continuing technical problems is the Gorgon CCS project on Barrow Island, Australia. In March, the project was delayed a third time, due to leaking valves and corrosion risks in the pipeline leading to the CO2 injections wells on Barrow Island. The Gorgon Liquid Natural Gas plant, operated by Chevron Australia, was commissioned in 2017.

The application of CCUS products increased throughout the past months, e.g. the number of cement producers applying technology from the Canadian company CarbonCure doubled during the last six months. The company provides a technology to existing concrete plants that allows producers to inject captured CO2 into wet concrete while it’s being mixed. Once injected, the CO2 reacts with calcium ions from cement to form a nano-sized calcium carbonate mineral. According to CarbonCure, the CO2 remains captured within the concrete.

In 2018,
the Quebec-based company Carbicrete
secured CAD$ 2.1 million of funding from ‘Sustainable
Development Technology Canada’ and additional capital from the
investment firm Innovobot. Carbicrete is developing a
cement-free construction material; the concrete employs steel slag
and CO2
as raw materials.

The California-based Carbon180, the former Centre for Carbon Removal, recently launched the initiative Carbontech Labs to enhance further CCUS innovations. Presently, Carbontech Labs is recruiting the first round of start-ups. After a selection phase, the programme will start in June 2019. The participating companies will receive support for developing profitable utilisations of carbon wastes, including but not limited to CO2. The programme is divided into three phases: training, prototype validation, and field testing the innovations. Financial support was secured from public and private sources: Carbon180, WIA and the Jeremy and Hannelore Grantham Environmental Trust committed US$ 9.75 million to the program.

For the first time, Y Combinator, an US-based investment company described as start-up accelerator, called for proposals related to CO2 removal. The call is restricted to the following four CO2-sequestration approaches:

Y Combinatory
hopes to support 5 to 20 start-ups during this funding
cycle. Applications had to be submitted before March 25.
Selected start-ups will receive financial (US$ 0.12 million)
and content-related support as well as the opportunity to present
their businesses to potential investors. In return, Y Combinator
will receive 7% equity stakes of each start-up company
participating in the program.

The largest-ever weather modification program worldwide is named Tianhe (“Sky River”) and located across the Tibetan Plateau in China. The project aims to cover an area three times the size of Spain with tens of thousands of fuel-burning chambers for cloud seeding to channel large amounts of additional rainfall into China’s arid northern regions. In 2018, the installation of burning chambers on alpine slopes in Tibet, Xinjiang and neighbouring areas started. Throughout the past months the program has been increasingly questioned and criticized, internationally and nationally: The Tibetan plateau feeds most of Asia’s major rivers, including Yellow, Yangtze, Mekong, Salween and Brahmaputra. These streams serve as lifelines for a considerable proportion of the world population. The local and transnational implications of the Tianhe project, not only in terms of water supply, are unknown.

In February, the Harvard University-led Stratospheric Controlled Perturbation Experiment (SCoPEx) announced the South Dakota-based company ‘Raven Aerostar’ as new balloon partner for its intended open-air Solar Radiation Management experiments. ‘Raven Aerostar’ is specialized in stratospheric (high-altitude) balloons and airships. According to SCoPEx it is likely that the field tests will be carried out in New Mexico, but the exact place and schedule have not yet been made available.

The Marine Cloud Brightening Project (MCBP) published further details of the proposed open-air experiments. The project aims to carry out open-air marine cloud brightening by spraying a fine mist of sea water into clouds. The number of announced outdoor experiments increased to five. The large-scale test would affect an area of 10,000 km².

The Canadian Oceaneos Marine Research Foundation continues to look for funding to carry out large-scale ocean fertilisation experiments in Chilean and Peruvian waters.

At
UK’s biggest power station, the Drax plant
in North Yorkshire, a six-month pilot trial was commissioned in
February 2019. The pilot project aims to capture one tonne
of CO2
per day, using carbon capture technology provided by C-Capture,
a spin-out from Leeds University.

Drax
converted four of six units to burn wood pellets instead of
coal. The demonstration project was installed on one of the new
biomass units. The new units burn seven million tonnes of wood each
year, with most of the supply coming from US.