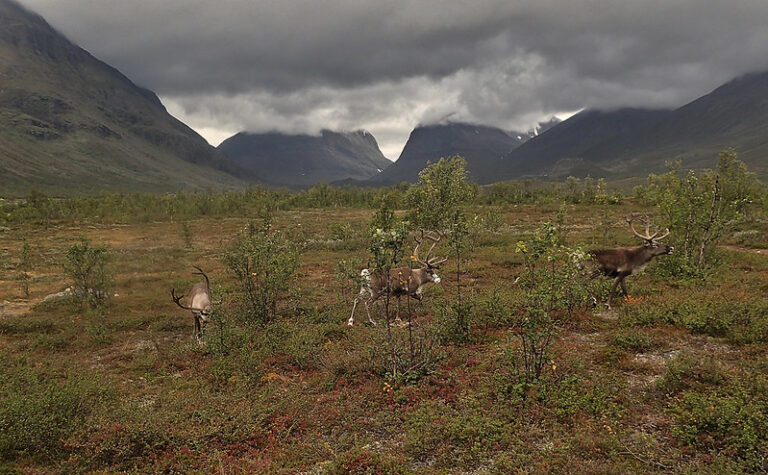 These groups have been clear that the test flight must not proceed. The very idea of solar geoengineering is a dangerous distraction, likely to delay progress towards stopping greenhouse gas emissions. Technology development leading to eventual deployment poses a profound threat to global climate and ecosystems.

“Solar geoengineering violates the worldview of the Saami people, and goes against the urgent action we need to transform to zero-carbon societies that are in harmony with nature. We welcome SSC’s decision to stop the balloon flight planned for Saami lands in Kiruna, but the existential risks of this geoengineering technology disqualify it from ever being advanced – whether here or elsewhere. The false argument that this treacherous technology could be a ‘Plan B’ is deeply dangerous,” says Åsa Larsson-Blind, the Saami Council’s Swedish vice-president. The Saami Council represent Saami indigenous people member organizations in Sweden, Finland, Norway and Russia.

There is no safe or responsible way to deploy solar geoengineering technologies.  There would be inherently dangerous and unpredictable knock-on effects with likely extremely dangerous consequences for people and ecosystems around the world. Modelling shows that deployment of solar geoengineering could cause droughts in Africa and Asia, disrupt the monsoon and endanger the source of food and water for two billion people.  The risks of “termination shock” if deployment would need to be stopped could likely cause even worse problems, locking future generations into continued deployment for hundreds or thousands of years.

”Now it’s time for a global permanent stop of this dangerous technology, it’s time for all countries in the world to live up to the de facto moratorium on geoengineering introduced by the UN Convention on Biological Diversity (CBD) in 2010. The test will not be conducted in Sweden and should not be conducted elsewhere,” says Johanna Sandahl, president of the Swedish Society for Nature Conservation.

The SCoPEx project in Kiruna violates the Saami right to Free Prior and Informed Consent under the United Nations Declaration on the Rights of Indigenous People.

“As an international Indigenous organization, we support the decision by the Swedish Space Corporation to suspend all equipment test flights of this proposed SCoPEx project in Sweden. As we reached out to our Saami Indigenous friends in Sweden, they said that they were not informed by the Space corporation, the government of Sweden or anyone else on this solar geoengineering experiment that would blanket the stratosphere with particles that could have negative effect on not only the reindeer culture of the Saami peoples, but the whole world,” says Tom BK Goldtooth, Executive Director, Indigenous Environmental Network. The Indigenous Environmental Network is a member of the HOME campaign.

“This technology is not a solution for mitigating climate change. It has too many risks that will violate the rights of the Saami Indigenous peoples and the delicate balance of the natural laws of Mother Earth and Father Sky,” he added.

The climate crisis is grave, but there is no justification to pursue further research in to unsafe technologies that would disrupt the climate in ways that could be as dangerous or worse than the effects of climate change.