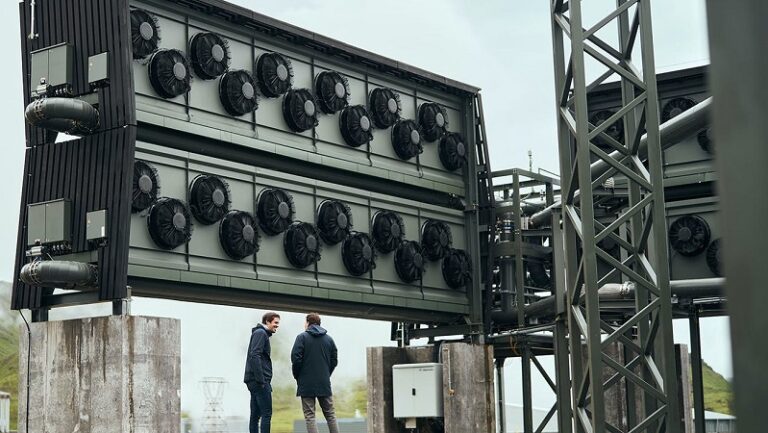 Stronger than ever before, the Intergovernmental Panel on Climate Change has warned that climate change is already causing severe and permanent loss and damage to human and natural systems.

Exceeding 1.5C of warming would cause further irreversible harm – from which full recovery is impossible.

The devastating impacts over shooting 1.5C include species extinction, loss of entire ecosystems on land and in the oceans, and ever more extreme weather events such as droughts, floods, heatwaves and fires that endanger water resources, ecosystems, and livelihoods.

It also poses the risk of triggering tipping points and feedbacks in the climate system that would accelerate the climate crisis.

Some in the scientific community are grasping for technological fixes in the field of climate geoengineering – unproven, high-risk technologies: carbon dioxide removal (CDR) and solar radiation management (SRM).

Interest in such high-risk technologies has grown in some government circles and, even more notably, in polluting industries such as the fossil fuel industry, mining, aviation – as well as in Silicon Valley.

However, the latest IPCC report finds they could trigger catastrophic events, particularly in vulnerable parts of the world and would introduce a range of new, egregious hazards to people and ecosystems.

CDR also faces limitations to its effectiveness: the last IPCC report, published in August, found that CO2 removals will partially be counteracted by CO2 release from oceans and land reservoirs, and only a smaller fraction actually remains out of the atmosphere. Uncertainties around permanent storage further undercuts CDR’s effectiveness in reversing temperature overshoot.

Risks of triggering tipping points and feedbacks, such as permafrost thawing and forest ecosystem degradation, drastically increase at warming levels beyond 1.5C, further reducing the ability to return from an overshoot.

Finally, other dramatic changes in the global climate system would not be reversed, but continue for centuries to millennia, such as rising sea levels that threaten the existence of small island states and low-lying coastal areas, and the millions of people in those areas.

Some are proposing to deploy solar geoengineering (SRM) to reduce temperature overshoot.

The IPCC has consistently warned about the severe risks and potentially catastrophic impacts of a large-scale manipulation of the climate system. The most recent IPCC report warns in its summary for policymakers that SRM approaches “introduce a widespread range of new risks to people and ecosystems, which are not well understood”.

Because SRM would only “mask” temperature rise and not address the root cause of the problem, a sudden termination would induce a rapid acceleration of climate change – a so-called “termination shock.” Adaptation would be impossible for many species and ecosystems.

Opposition to SRM continues to grow outside of the IPCC: over 240 leading international scientists have called for a solar geoengineering non-use agreement that would effectively prevent SRM from being further developed.

Opposition is also building on the ground: a recent SRM equipment test over indigenous territory in Kiruna, Sweden, was cancelled after vocal opposition by the Saami Council and environmental groups, who deem climate manipulation to be fundamentally incompatible with indigenous cosmology.

The only sensible conclusion to be drawn is that we must, by all means possible, urgently embark on trajectories that avoid an overshoot of 1.5C and climate breakdown.

No doubt, time is running out: IPCC working group I stated that the 1.5C limit is going to be breached in the early 2030s under most emissions scenarios. Yet, the 1.5C limit is imperative, and bold, resolute, swift measures to embark on climate-just pathways can limit the climate crisis and its deleterious impacts.

This means a rapid and comprehensive phase-out all fossil fuels – oil, gas, and coal – led by rich producing countries in the global north, and needs to happen much earlier than projected in many mitigation scenarios.

Further pathways to social and climate justice will include democratic energy systems running 100% on solar and wind, public transportation, agroecological transformations of our food systems, reductions in energy and resource consumption in the affluent global north, and a restoration and regeneration of the world’s vitally important ecosystems, protecting communal land rights, in particular by indigenous peoples and local communities.

Dangerous fantasies for hacking the climate is the epitome of climate injustice: They distract from the urgency to act on safe, proven, and viable strategies now. It’s a diversionary tactic for the fossil fuel industry to continue polluting, and it risks exacerbating climate chaos.

Linda Schneider is a senior programme officer on international climate policy at the Heinrich Böll Foundation.