Is a new legal pathway to stopping dangerous marine geoengineering projects on the horizon? 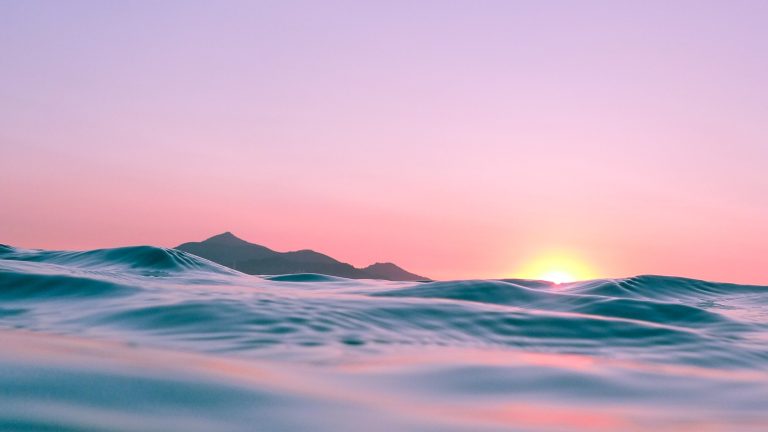 From the arctic to the Galapagos, communities have been resisting marine geoengineering projects that threaten their coasts and marine ecosystems around the world. A recent announcement from the London Protocol / London Convention (LP/LC) suggests that the treaties that regulate dumping at sea may soon regulate a wider range of marine geoengineering technologies, which could help communities protect their oceans.

LC/LP identified the need to carefully evaluate marine geoengineering techniques stating that these techniques “may have adverse impacts on the marine environment”. The statement from LC/LP specifies a priority to investigate Carbon Dioxide Removal (CDR) and Solar Radiation Management (SRM) techniques such as enhancing ocean alkalinity, macroalgae cultivation and other biomass for carbon sequestration including artificial upwelling, marine cloud brightening and microbubbles or using other materials to reflect sunlight.  Parties to the treaties have been urged to follow the precautionary approach and to take the utmost caution because of the potential for these techniques to have deleterious effects, including effects that  may be widespread, long lasting or severe.

Dr David Santillo, Senior Scientist with the Greenpeace Research Laboratories and Greenpeace International’s representative at the meetings of the LC/LP, reacted to the news saying “Coming more than a decade after parties to the Protocol and Convention first introduced strict controls on ocean fertilisation experiments and a prohibition on deployment, this new agreement to prioritise technical and legal evaluation of four more geoengineering concepts, based on scientific advice from the UN group of experts GESAMP, is a very welcome step forward and a clear signal of intent to develop the regulations necessary to protect marine ecosystems from such activities”

Investigating techniques like microbubbles and other reflective materials could have serious consequences for projects like the Bright Ice Initiative. The initiative is currently being presented at the Arctic Council Assembly and has been looking for backers to fund outdoor tests of a reflective substance – with the technology that Leslie Field developed, patented and already tested several times outdoors on frozen lakes. The Bright Ice Initiative aims to conduct outdoor trials with a reflective cover substance on ice, in locations such as Greenland, Iceland, Canada, Alaska and on snow in the Himalayas. The Bright Ice initiative has been proposed for use on glaciers and sea ice. In a marine context, it poses a risk to ecosystems and could disrupt marine food chains, detrimentally impacting fisheries.

Marine cloud brightening is another of the four technologies prioritised for investigation. This would impact projects like The Marine Cloud Brightening Project (MCBP), formerly Silver Lining Project. MCBP’s technique involves the generation of aerosolized salt mist from sea water. The project aims to carry out open-air marine cloud brightening by spraying a fine mist of sea water into clouds, to gather information on the size and quantity of aerosols needed to form brighter clouds.

This statement on marine geoengineering from the LC/LP parties comes at a critical time as marine geoengineering projects like Bright Ice and MCBP are rapidly expanding with growing interest from academics, philanthropists and start-ups to develop techniques and carry out field trials. The mounting climate crisis combined with a reluctance from fossil fuel companies to end greenhouse gas emissions is driving the urgency to test and deploy marine geoengineering technologies. This means a proliferation of field trials like the experiment conducted by WhaleX in December 2021, which involved dumping two-thousand litres of chemical fertiliser in the ocean near Sydney while attempting to rebrand the technique’s name to ‘Artificial Whale Poo’.

When conducted outside the laboratory or computer models, marine geoengineerinng field tests can have multiple unknown and unintended effects. Each geoengineering technique comes with its own socio-economic, ecological and ethical issues associated with testing and deployment.

As long ago as 2008,  the London Protocol to the London Convention adopted by consensus a Resolution on ocean fertilisation activities, under which those activities other than those judged to be legitimate scientific research are prohibited. In 2010 the LC-LP further adopted a strict Ocean Fertilisation Assessment Framework to be used to determine if proposed activities  qualify as legitimate scientific research.  This framework includes pre-screening criteria designed to reject proposals that don’t have clear justification for why the expected outcomes cannot reasonably be achieved by other methods, and those where economic interests could influence the design, conduct or outcomes .

In 2013, the parties to the London Protocol  adopted a broader decision to regulate marine geoengineering. This decision does not have enough ratification signatures, but counts as a decision of the Protocol. Once ratified it will be legally binding for all LP members.  In the meantime the 2008 and 2010 Resolutions (both adopted by unanimous agreement) remain in place and should be applied by all parties in making assessments and decisions relating to ocean fertilisation activities.

Both the IPCC and UNFCCC should take note of these ongoing processes in the LC/LP and not sanction activities that are precluded or are subject to regulation in other international fora. Technologies being considered by the IPCC can have the effect of legitimizing and signalling support for further research on marine geoengineering techniques to start ups, researchers and think tanks, despite existing proceedings for regulation based on precaution and risks. At the upcoming COP27 in Egypt, there is a side event hosted by Ocean Conservancy and Project Vesta (that has raised ​​$6m in philanthropy) to build support for the technique Enhanced Weathering/Ocean Alkalinization.