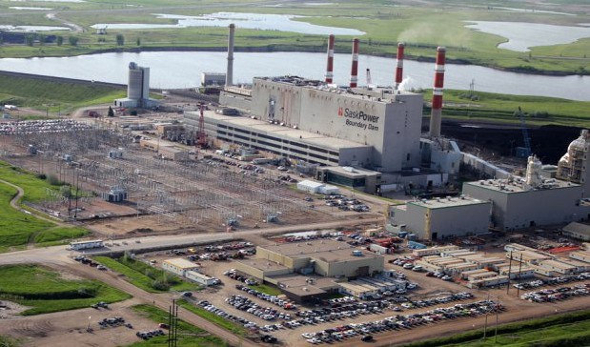 Are certain proposals to reduce carbon emissions based on technological hype?

At a COP21 side event last December, proponents of Carbon Capture and Storage (CCS) hosted Mike Marsh, the CEO of publicly-owned Canadian energy company SaskPower. He presented on the ‘success’ of the first ever commercial coal power CCS project: the Boundary Dam Carbon Capture Project. It was inaugurated amongst great media fanfare in October 2014 and, according to SaskPower, it is capable of capturing 1 million tonnes of CO2every year.

Marsh must have hoped that the attendants wouldn’t have seen the flurry of bad media news that had just broken about the scheme. Saskatchewan’s opposition party had, under Freedom of Information provisions, obtained documents which belied his company’s claims that the scheme had ‘exceeded expectations’. They showed that the carbon capture plant had never been fully operational and had repeatedly been switched off for days or weeks at a time.

None of this stopped Marsh and the event organizers from continuing to tout the Boundary Dam project as a shining success. Nor were they deterred by a report by Saskatchewan Community Wind in March 2015, which illustrated that the CCS unit would result in more CO2emissions than a coal power station unit the same size that vented all of its CO2into the atmosphere. This is due to the fact that SaskPower sells the CO2 to an oil company, which pumps it into an ageing oil field in order to exploit oil which would not be recoverable otherwise. For every tonne of CO2pumped into the oilfield, at least 824 kilograms of CO2are released when the additional oil is burned. Moreover, 300 kilograms of the injected CO2escape during the process. During the Paris side event Marsh was questioned about the life-cycle emissions of the scheme, but chose not to answer.

This stark disconnect between CCS being hyped as a key solution to climate change and the dismal failure of CCS projects to reduce CO2emissions – or to work at all – sums up the strange role that this technology played during and around the COP21 climate negotiations.

One of the most hyped technologies in Paris was Bioenergy with Carbon Capture and Storage (BECCS). It is claimed that BECCS could suck vast amounts of carbon from the atmosphere, making it carbon negative. This claim relies on 3 assumptions: 1) that bioenergy can be carbon neutral even on a vast scale; 2) that the technology required for capturing CO2from biomass-burning power stations and from biofuel refineries is viable and that it won’t remain prohibitively expensive; and 3) that CO2pumped underground will safely remain there.

A new Biofuelwatch report about BECCS exposes each of these assumptions as a myth:

The Paris Agreement calls for CO2emissions to be ‘balanced’ by ‘removals’ during the second half of the century. No specific technology is mentioned but BECCS was the most widely touted ‘carbon negative technology’ at the COP.

CCS and BECCS are unlikely to ever be applied on a large scale. The technical challenges and dire energy balances simply don’t make this technology viable. It is the hype itself which poses the real danger: this fantasy idea serves little real purpose other than to provide false reassurance that we can still prevent catastrophic climate change without having to stop burning fossil fuels.