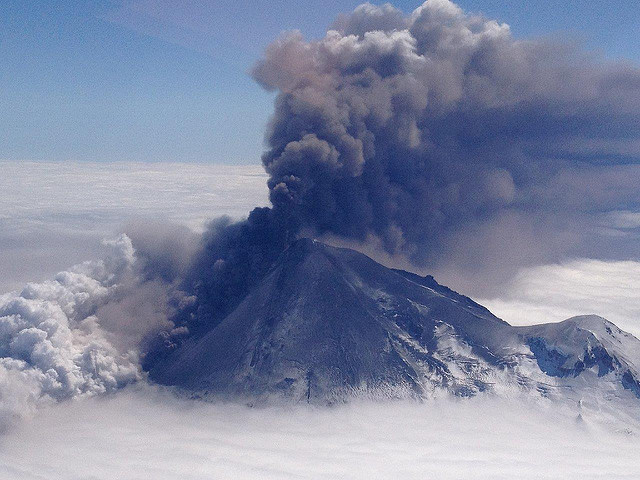 Disclaimer: This article is broadly pro-geoengineering, but alarmingly the authors say it would take 160 years of sulphate injections to keep global temperature increases to under 2 degrees!

How much geoengineering would be necessary to hit temperature target?

Sept. 7, 2016 | With world leaders agreeing to try to limit the increase in global temperatures, scientists at the National Center for Atmospheric Research (NCAR) are taking a look at whether geoengineering the climate could counter enough warming to help meet that goal.

In a new study, the scientists found that if society doesn’t make steep cuts in greenhouse gas emissions in the next couple of decades, injections of planet-cooling sulfates into the atmosphere could theoretically limit warming to 2 degrees Celsius (3.6 degrees Fahrenheit) above preindustrial levels. But such geoengineeing would mean a sustained effort stretching over more than a century and a half, and it would fail to prevent certain aspects of climate change.

“One thing that surprised me about this study is how much geoengineering it would take to stay within 2 degrees if we don’t start reducing greenhouse gases soon,” said NCAR scientist Simone Tilmes, the lead author.

For the study, the research team focused on the potential impacts of geoengineering on temperatures, the drying of land surfaces, and Arctic sea ice. They did not examine possible adverse environmental consequences such as potential damage to the ozone layer. The sulfate injections also would not alleviate the impact of carbon dioxide emissions on ocean acidification.

The research was published in the journal Geophysical Research Letters.

Representatives of 195 nations negotiated last fall’s Paris Agreement, which sets an ambitious target of capping global warming at no more than 2 degrees. Scientists have found, however, that such a target will be extremely difficult to achieve. It would require society to begin dramatically reducing emissions of carbon dioxide and other greenhouse gases within a few years. Efforts to develop new technologies that could draw down carbon dioxide from the atmosphere would also be needed to succeed.

The new study examined a scenario in which emissions continue growing at current rates until about 2040, when warming would reach 2 degrees. The authors found that, even if society then adopted an aggressive approach to reducing emissions and was able to begin drawing down carbon dioxide from the atmosphere, warming would reach 3 degrees by the end of the century.

So they explored an additional possibility: injecting sulfate particles, like those emitted during volcanic eruptions, into the stratosphere. This approach to geoengineering, which is untested but has generated discussion for several years, would theoretically counter global warming because the sulfates would block incoming sunlight and shade the planet. This is why large volcanic eruptions can have a planet-cooling effect.

The research team estimated that society would need to keep injecting sulfates for 160 years to stay within the target of 2 degrees. This would require a peak rate of 18 megatons of sulfur dioxide per year, or about 1.5 times the amount emitted by the massive eruption of Mt. Pinatubo in 1992.

“If society doesn’t act quickly on emissions, we may be facing more uncertain methods like geoengineering to keep temperatures from going over the 2-degree target,” Tilmes said. “But even with geoengineering, we’d still be looking at a climate that’s different than today’s.

For the study, Tilmes and her colleagues used a pair of computer models: the NCAR-based Community Earth System Model and the Integrated Science Assessment Model at the University of Illinois. These enabled the authors to simulate climate conditions with different levels of greenhouse gases as well as stratospheric sulfates.

The research was supported by the National Science Foundation and the Department of Energy.