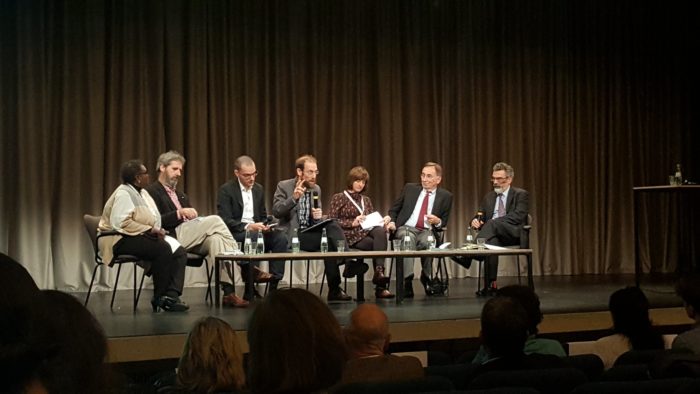 The Climate Engineering Conference 2017 aimed to “bring together the research, policy, and civic communities to discuss the highly complex and interlinked ethical, social and technical issues related to climate engineering.” In practice, the conference represented a concerted effort to normalise geoengineering among researchers, scientists and policy-makers, focusing almost solely on the technical and engineering challenges, and neglecting the social and ethical aspects.

Civil society representation felt largely tokenistic, with an unapologetic promotion of various forms of geoengineering research throughout the 4 days of events. The conference highlighted just how urgent it is for civil society to reject geoengineering publicly, and to bring this clique of academics and policy-makers back in line with global thinking on the subject.

Speaking and presenting slots were dominated by men from countries in the global North, to the extent that at least one panel discussion was entirely populated by men from either the US or Europe. The lack of diversity amongst the presenters reflected just how problematic it is that research into geoengineering techniques that will affect everyone, and in the global South disproportionately, is largely taking place in countries responsible for the greatest historical contributions to climate change.

The dominant discourse from academics and researchers was that they didn’t want to geoengineer the climate, but that if other forms of mitigation fail (i.e. drastic emissions reductions), the world needs to know whether geoengineering can step in, and if so, how to use it. In the case of solar radiation management (SRM) research, academics want to “know now if it’s not going to work“, so that we know whether it can be relied upon in the future. And if it can’t be relied on, then we know that we really do have to seriously reduce emissions instead. Read more about why experiments of one type of geoengineering are unwise and unethical here.

There were also two distinct camps of geoengineers – the “solar radiation management” geoengineers, who come across as your stereotypical ‘mad scientists,’ and who really don’t want to live in a geoengineered world but just can’t stop themselves from researching it. And the “carbon dioxide removal” geoengineers, who don’t consider themselves geoengineers and scoff at the irresponsible ideas of the SRM camp. The similarity they share is the belief that “carbon dioxide removal” or “negative emissions,” through technologies such as “bioenergy with carbon capture and storage” and “direct air capture,” will be essential mitigation strategies if catastrophic climate change is to be avoided. The promotion of these seemingly more benign forms of geoengineering from this section of the scientific community is very dangerous as it gives governments and industry another excuse to delay making essential emissions reductions, even though the technologies don’t exist yet, and are unlikely ever to.

In summary, the conference tried to normalise geoengineering as a response to climate change, both as a mitigation strategy (alongside emissions reductions) and as a “fail safe” in the event of mitigation not working.

Geoengineering is an unjust and inequitable solution to climate change, especially when its research, governance and deployment are in the hands of those most responsible for it. Climate change is not an engineering problem, it is a symptom of the multiple, deep-rooted crises that pervade human societies and the planet. The promotion of geoengineering is therefore very much part of the problem, and not the solution.

Highlights of the conference:

CEC17 press briefing (video), 10 October 2017, which set the tone for the conference and highlighted key narratives and areas for debate. 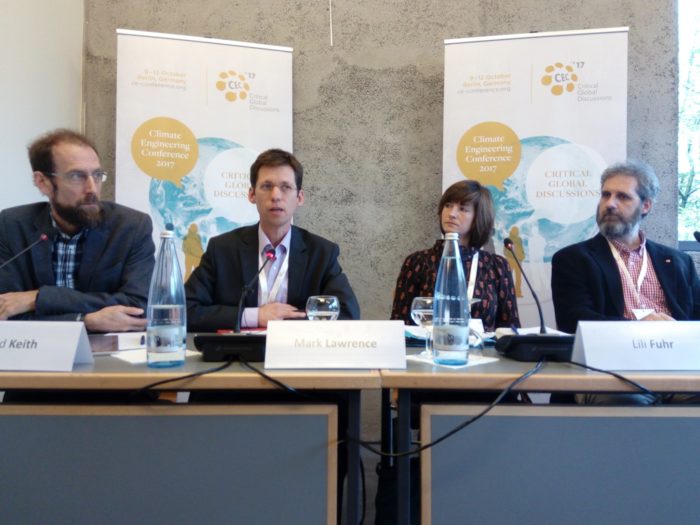 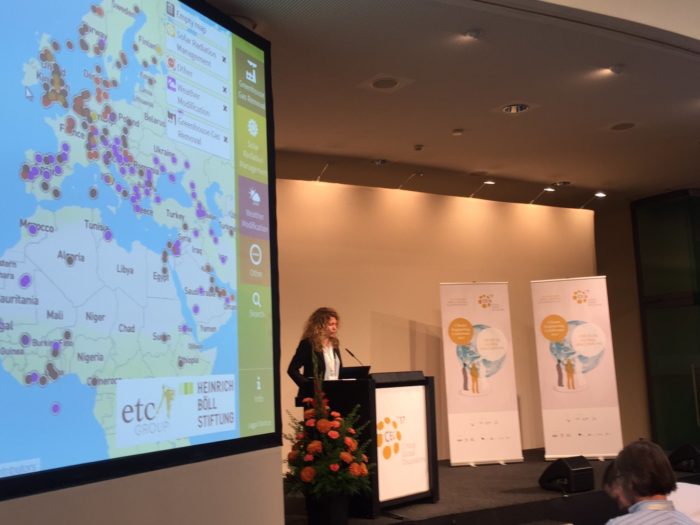 A change of course: Radical emission reduction pathways to stay under 1.5°C

Climate change is not an engineering problem. There are many viable alternatives to bring our societies on a pathway towards 1.5°C without geoengineering. A technofix mentality and powerful vested interests prevent us from implementing them. This session will explore how we can change course for a climate-just future.

Debate around the justice of geoengineering has often, implicitly or explicitly, assumed the perspective of high-emitting groups that are disproportionately responsible for geoengineering research. We should re-orient our normative thinking regarding climate engineering research, governance, and deployment to include the agency and perspectives of the global South and subaltern groups. We will convene global representatives from diverse social movements to lead intersectional discussions on what geoengineering means for racial and environmental justice, food sovereignty, youth, gender, health and global justice as well as climate justice.